A downloadable game for Windows

LSD is an exploration game where the player explores surreal dreamscapes without any objectives. The dreams in the game are based on a dream diary that was kept for ten years. Originally created by Japanese artist Osamu Sato, the game was intended to be unlike any other game available at the time.

LSD: Revamped aims to make LSD playable on modern hardware whilst retaining the look and feel of the original game. It adds a number of optional quality-of-life enhancements such as customisable control schemes, increased resolutions, and a better framerate.

The game is still in development, and is lacking a large portion of content. This release is an 'early access' release, and there are four more updates planned. The contents of these updates can be found by visiting the website (lsdrevamped.net). The biggest thing planned to be added is support for player-created content (mods). This will allow players to add their own dreams, music, textures, and objects.

If you experience any bugs/issues with the game, please report them in an email to bugreports@lsdrevamped.net. Please attach the game's log file when reporting an issue, it can be found at:
C:\Users\username\AppData\LocalLow\Figglewatts\LSDR\output_log.txt

I hope you enjoy the game.

That was a very fascinating experience!

To be honest, I was once recommended a game with a concept similar to this one (walking game with art) but the art was just random stuff thrown around so, it really wasn't interesting to look at. When I read about the concept of your game, I was really worried that I might find something similar but hopefully, this experience was way more organized and coherent than the last one.

The visuals looked really interesting, and the controls felt really great so, it was a bliss to venture inside this awesome world! I know that you said in the description that this game is actually heavy inspired by an old PS1 game but still, props for this masterpiece!

Feedback (to go even further beyond!!!):

Hum. Nothing. I can't point out anything that should be enhanced. It's like... everything felt right, which is good lol. 😂

That was great. Nothing more to say. I really hope you guys keep making great stuff! Congrats!

Hey man, I love that the idea that someone is (hopefully still) working on a modernised version of LSD. The thing that captivates me about this simple exploration 'game' is the randomness and that your interactive choices matter, with that sometimes calming and sometimes manic soundtrack in the background. But I have some parts to critique after my first dream, stemming back to my first experience playing this edition many months ago:

1. Maybe upgrade it a bit more from the low resolution Minecraft look, I mean you obviously have decent renders in your photo selections. It's not going to take a 4090 to run, it's PSX ported to a PC, but it doesn't mean that everything needs to have such a tiny and aliased texture base - that's a significant reason why people want it updated. I just didn't see this with max options.

2. Please add mouse support, one of the things I was really hoping was to use my mouse to look around with WASD to control basic movement like pretty much all games set on foot. You have implemented a control customisation menu but at best it felt just as clunky as the original - especially the movement going up or down that tower.

3. It's nowhere near as dynamic as the original, there are no NPCs or major texture changes as the dreams progress. But I understand this is yet to be implemented. Overall it feels a little bland wandering around for a bit before jumping off a cliff or something (literally).

Please don't let this discourage you, maybe you're too busy to work on it or have considered it final, but there are a lot of us who would love to see the game in a modern sense. But it just doesn't feel any better than trying to use an emulator to play it like what I used to do, so it's not quite accurate to call it 'revamped' - especially when a lot of the original content is taken away from. Not worth the 278mb compressed download IMO.

Reply
BAYAEARAE74 days ago
It's unique and confusing
Reply
Ry_berus99 days ago
Bro LSD is terrifying man, half the time I didn`t know a square from green.

ive been following this for like 6 months, and i didnt even know it was out till today lol

Sad to see this hasnt been updated in years. It's a fun little demo but with absolutely nothing happing in the game other than walking, You cant justify playing this over the  original.

just so everyone knows, LSD is this scenario (if you saw the originals intro FMV than you would already know) means

and the games purpose was said by one of its developers to solely disorient and confuse its player so if you are worried if what you are doing is wrong than remember that you arent, its made to be like this

Just want to chime in here because I was fascinated by this PS1 game when I was much younger and did quite a bit of research on this. You're partially right about what LSD stands for, though the FMV you referenced is only one of many that could play during the game's opening sequence. I'm about to drop quite a bit of info and speculation here, but if you're impatient the TL;DR is at the bottom.

Osamu Sato (developer of the original PS1 game) has publicly stressed that this game takes its inspiration solely from the dream journal written by Hiroko Nishikawa and has no link at all to drug use. However, it is strongly theorized that the game's similarities to the experience of tripping on acid may have played a pretty substantial role in settling on the name. Sato may have also suspected (or maybe even known) that Nishikawa was under the influence of LSD when writing about his dreams. Take a look at the original Japanese website for LSD via the Wayback Machine. Here's the (google translated) text at the top: "WHAT IS L.S.D.? ... It's not a game of acid eaters and glimpses of new dimensions. Taking the acronym 'Link', 'Speed' and 'Dream', 'L.S.D.'" If you read the rest of the commentary there, the developer says that he doesn't condone LSD use, but goes on to say that if no one finds out about it, you won't get caught. Take from that what you will.

The game started off with the title "Link Speed Dream" to describe the gameplay's method of linking dreams by walking into objects, but over the course of development, the title morphed into something more ambiguous. Ultimately, I think the acronym's ambiguity was probably introduced to help distance the game's branding from the drug in an attempt to improve the public image of the game, but also does quite well in adding to the already cryptic and mysterious aesthetic the game carries.

TL;DR: While this game isn't explicitly about drug use, the developer has said certain things that lead many to believe that the drug the game shares its name with is definitely an influence for the gameplay. Also, the game's working title was originally "Link Speed Dream" during development, but that was eventually removed as the canon title. Now the title, along with the rest of this cryptic game, is open to interpretation.

oh so now i have to go through mental insanity again!

Is this sill being worked on? It looks awesome so far.

Remake of one of my all-time favorite games!!

Really enjoying so far! If there's one piece of feedback I could give, I think it would be nice if you could toggle the pixel shader off and on with a key during gameplay. Like how the halo remakes let you switch between the classic and remastered graphics. I kept toggling it in the menu cause I wanted to see how certain scenes looked with and without it, and it would be nice to streamline that.

best game for me!

You really captured what the original looks like. Nice project!

actually it's a remake of an incredibly weird Japanese PS1 game

is there a way to turn the game back one day

Reply
Next Door Ninja1 year ago(+2)

Thanks for making this. Now I don't have to shell out $1000+ for an original copy.

I really like this version, especially with the new gamepad controls that allows use of the right analog stick. One thing that I would love to see in a future release after you include NPCs would be VR support cause that would be wild.

i actually am on windows and it doesn't download

nah man i did it

its a good game

Thanks! i love this game!

So excited to see this being worked on! amazing man

is grey man in the game or am I just missing him?

when should we expect to see NPC's in the game?

is this still being updated?

Okay! And Thx for the fast reply!

Are you still on it? whoa

I love this recreation of LSD Dream emulatior, LSD Revamped but I have a Linux Machine and It's doesn't work either natively and via wine. Me and all the Linux fan really hope this game will have Linux support when the game complete.

how can I play it on Mac

have you tried using winebottler or bootcamp?

Really good, and it looks exactly like the original! I'm excited to see when the NPCs from the original game get added! And if I may, I would help in development! I have had coding experience in the past, so this kind of thing would be right up my alley! :) 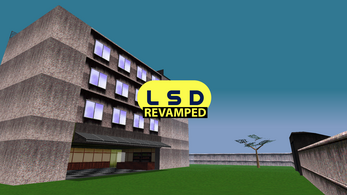 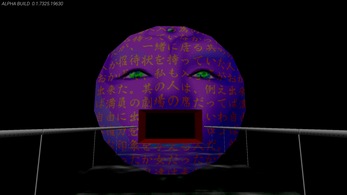 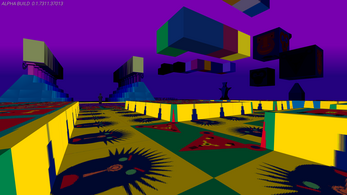 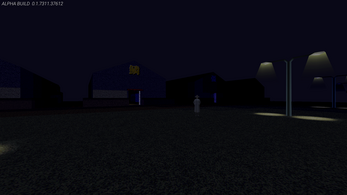 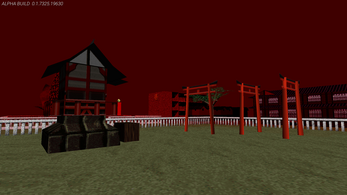