A downloadable game for Windows and Linux

Make sure you play the first demo for backstory!

Ben looked at us all as a group, and he looked so proud. “We were supposed to be together like this,” he said, and he was absolutely beaming. “This is what she told me all those months ago.”

We started looking at each other like, what? Ben started going on about ‘her’. Said he’d found this place on accident on a hike one day. Said he’d heard a voice coming from under the ground, vibrating his feet, coming up through the soil and the dirt.

He’d pushed the signs aside and gone down, down, down, exploring but pushing, always going down with no one to tell him to stay put, like he’d done to us. He said there were floors underneath us, two more floors, and he’d gone down there, and he’d seen fascinating things. Beautiful things. Terrible things. Things that would make a regular man go mad.

You still working on this? It's been a year :/

Any progress on developing the full game so far?

Glad to hear that! Your prologues have a potential to become the new Penumbra!

I hope its free

Hey guys! Played this one a day after the first demo. Unfortunately, most of the play time is spent reading notes that are sometimes within sight of one another. I also found some game breaking bugs that I think you should definitely check out before release. Here is my playthrough for reference:

Thanks for making games!
Reply
BAYAEARAE1 year ago

I want to have Ditto

The Windows version was well done. You should fix (input) the ScreenSelector.so, it is missing and shouldn't decrease launcher extension to just TheMutatedReality, it would need TheMutatedReality.sh (shell runner), or TheMutatedReality.x86 (Linux 32bits) or else TheMutatedReality.x86_64 for Linux 64 bits. Although, you might remove Linux version, it same does not works, and keep up only Windows version, because we, Linux users may run through the winehq properly, look here: Video #8 forward. No offend, about my opinion, but at all is keep good game, pretty fun and interesting. It seems has other stories into same enviroment, the miners story over in first gate, at least I realized it, and begun a new story about the new cult and the worshippers beyond the gate. List here. Video 8 forward.

Linux version breaks reading first note. Missing something ScreenSelector.so the launcher needs some TheMutatedReality.sh or.x86 or still x86_64 I will download the windows version and record through the winehq same. Just ./TheMutatedReality without extension the game breaks in linux.

This demo showed a great evolution compared to the previous demo. Do we have a new demo where we will finally attack the monsters? I can't wait...

I was excited to play more of this, a game I was hyped and praised a lot in the first demo, though I'll have to agree with the criticisms of the others before me, the Notes are overwhelmingly plastered everywhere. Something that feels like 40 notes and 40 minutes of me mostly reading. The first demo had lots of exploration, varied environments, great atmosphere mixed in with so many different areas to explore, varied environments and situations made it exceptionally unique to me. It was greatly balanced, if I recall (Else I'd remember complaining equally-so). This demo, much shorter but it took me 40 minutes to go through this 2nd demo only because of Reading. If the notes didn't exist, this demo would be, 5-8 minutes long of actual content?

As I suggest in my video commentary, either find a VA to read out the notes, Bioshock style? Like, over a Dialogue while the player moves and explores in 'safe zones' prior to chases/stealth/dangerous area - or, try to Compact and concisely explain the lore in the notes but in 3-5 notes instead of however many there are. Hope to see the game improve so when its fully released and finalized, that it becomes a great masterpiece of an indie horror, and hopefully as balanced as I perceived the first demo - laid out as a full game.

Hi Neco! I commented on the video too but I'll copy it here as well - thanks for playing, it was really fun watching your playthrough. I'd like to thank you for your feedback, it's very valuable to us.

We hear you on the volume of notes - in the full version of the game we're looking to spread the notes over an extended version of this level, around 2 or 3 times as long.

Thanks again for playing :)
Reply
BetaHunter1 year ago(+1)

I really like this game universe, and I am very glad to see it continue!

I must however admit, while this one is more story heavy, I think the overall gameplay was better in the first version. But in terms of graphics and use of audio it was just as good!

The story was a little better as it was far more clear and expansive. The letters were very well written and intriguing.

But keep this up, I really enjoy this game-universe and I want to see more! :D

Thanks for playing, and for the feedback! We're looking to extend this section of the game in the full version, incorporating more gameplay elements from the first demo :)

No problem! It was great fun! If you ever need help playtesting or stuff like that, I am more than willing to help! :)

Glad you're continuing to develop this! Really loved the last demo. I think you may have gone a little overboard with the notes in this one though - stopping to read a 3 page note every 20 seconds really breaks up the momentum of the gameplay and you seem to spend more time reading than playing the game. Really love the atmosphere and the story though and the monster's pretty freaky! Keep up the great work! :)

Thanks for playing, and thanks for the great feedback!

In the full version of the game we're looking to spread the notes over an extended version of this level, around 2 or 3 times as long, we were just very excited to tell the story in the demo :)

No worries. Looking forward to trying future builds. Really loved the first one so I'm excited to see where it goes.

With regards to the notes. As well as spreading them out, I'd also recommend condensing them significantly. If you could get it down to one page per note then the game will flow a lot better. Keep up the great work! :) 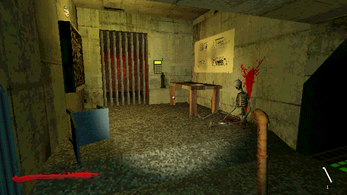 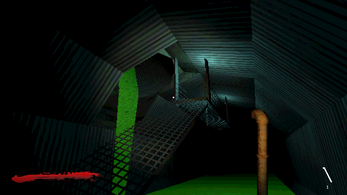 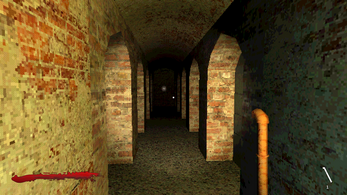 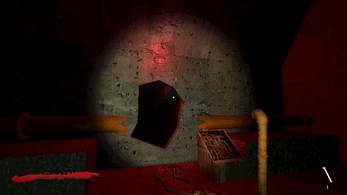 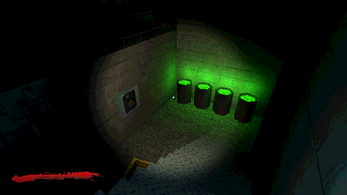