A downloadable game for Windows, macOS, and Linux

There is a 2nd demo out now! Please play after you've played this one!

The Lord confused the language of the whole world out of spite.

The people were scattered over the face of the earth.

All for building a tower into the heavens to ask him why.

They had been cast down from the tower, from the Lord’s grace, as one had been before.

He had been flaming as he fell. They rushed to their windows to watch the orange speck approach the horizon. The wind pushed back their hair upon his impact.

They grabbed their tools, wordlessly approaching the nameless heat.

What they found was a crater. A great huge thing, half a mile wide. And the creature was gone.

They no longer needed words. They all had one thought as they began to dig.

If the Lord will not listen to us, maybe the Devil will.

I just finished this, it's very very amazing, felt like I was living/playing a creepypasta! its very long for a demo, ill go play Demo 2 now :)

Hey there! There are many things I enjoyed in this game and only one thing that I felt detracted from the experience. The notes are written well but unfortunately there are too many of them in my opinion. Here is my video if you are interested in my playthrough!

Thank you for making games!

Amazing game. I can't wait for the full version.

I really loved this game! Is there any chance we can get some graphical options to reduce the grime a little in the next demo/release though, it was a bit hard on my eyes after 40 minutes.

Also, A++ on the story writing, I very often hate reading the notes in indie horror, but your writing is so great. It tells a story while also simultaneously asking new questions.

The next demo will be launching very soon with the ability to decrease the pixelation and will have lessened texture warping. Thanks for playing :)

Really enjoyed this and will be playing the full game when it comes out.

such a neat demo! i wanna play more!

There'll be another demo coming out in the next couple of weeks :)

Thanks. I appreciated to much this one. I hope you keep it up. Seven videos on list:

I really appreciating this one. I deserve own list! Thanks to do this game. Greetings from Brazil. (ps.: I'm still playing)

My video on The Mutated Reality.

Incredible experience that mines an undisturbed trove of horror. Cannot wait until the full version.

Loved the story, still a mystery who's making them mad + I don't know if its intended maybe I found a bug?

Hi I am unable to play this game even though I want to. My Mac says it can't open it. The game wasn't even downloaded as a zip just an app with the game's icon. If you can help me out with this, that would be great. I would really love to play this game.

Very nice overall, but if you get hurt on the first enemy your screen will remain red-ish for the rest of the game.

Klingon empire approves this game and has upload 1 of 2 videos for my yearly Halloween themed yt videos collection anything scary!

I'm not sure if I just missed something, but I ended up getting turned around and lost quite quickly in the mines early on, I thought it might be helpful to have some way to light the candles around the place as an easy way to keep track of where I had already been.

I absolutely loved the atmosphere and setting of this game.
May I also ask what the name of the music that played over the PA system was? I'd very much appreciate it!

Absolutely fantastic. I think what you're doing with the overarching theme of the game is great. It doesn't rely on jumpscares and the immense tension that builds up over such a short time is just fantastic. The atmosphere is immaculate, especially being someone who came from a region where coal mining was king. My only slight critique is that the log puzzle near the start was kind of annoying. Really hope you continue this project into a full game some time!

I really love the eerie atmosphere! The darkness with a touch of light makes it very scary. I would love to see this Demo adapted into a full game! With different mutations and interactions! New areas too maybe.

Anyways, I loved it! Was definitely scary and I hope to see more!

ngl your game was so scary it made me want to cry. i absolutely love it

What I like about this game is that it is very pixelated. Does anyone know how this was done?

How was it also done that when you click on the tiles a new window appears with the text in English?

I really enjoyed this game a lot. It was quite long for a jam game (up to 2 hours for me). The writing is really well done, and the atmosphere is very abrasive and creepy. I had a good time exploring this weird world.

One bug report: If you are reading a note and you press Esc to see the pause menu, then press Resume (or Esc again), the mouse cursor is hidden and the note UI panel is stuck on screen. This forces the player to have to reload a save.

Thanks for playing! Good spot with the bug, I'll get that one fixed :)

Hi, I played your game for a 3 random horror games video and loved it!
Honestly, this is one of the most well put together and polished indie horror games I've stumbled across on this site, let alone one made for a jam. That is very, very impressive work.
I can see the Penubra influence in this game, and don't mind it at all because I'm a fan of that game too. The only 'negative' I would say, is that there is a lot of note reading, but that's a very minor complaint.
I would love to see this game expanded to a full release and would even happily pay for it.
Excellent work!

This was one of the best horror experiences that I've played this year.

Thank you so much, I'm glad you enjoyed it :)

Another gem from the Haunted PS1 Game Jam! It seems this jam just keeps on giving! Great atmosphere and story, the deafening silence creates one of the most tension filled and horrifying atmospheres I have ever encountered in vidio games! The leadup in the woods with the crackling trees and bushes, as well as the faint and distant roar of beasts, slowly setting the scary mood, combined with the absolute contrast of the silent mines, makes this game's audio an absolute masterpiece! Never before have I played a game with such great use of audio! And there is the story which is without a doubt above the avarge story telling, not just the story itself, but the way it is told and the way it is descovered by the player! I am counting on a continueation of this game, please do not let med down :D

The only thing I could add is that, when encountering the beasts, the fear is not explosive enough. Let them make some noise! Increase thier speed a little, but give us more room to see it comming, maybe add a little shaking of the camera or rumbeling as we hear it's massive feet clash with the ground! Other than that this was a perfect experience! Good job.

Great feedback! Thanks for playing :)

I have a lot of high praise for this game, though, much of my feedback comes possibly in my Part 2 and 'Demo Finale' that'll come tomorrow, great work to the indie dev. Looking forward to the rest. Hope this gameplay pleases.

Thanks for playing! Really enjoyed your video, looking forward to the next part :)

Reply
Neco The Sergal1 year ago

My feedback I'd say is, I think you should add 'Monster closeness' filters, static or whatnot - as well as make it perhaps uglier/spookier. Having static/grainy effects as he gets closer, but to make it not so 'clear' visually, as well as 'Because radiation' would probably help increase tension.

Great feedback! Thank you for playing ;)

And Part 2 of the demo 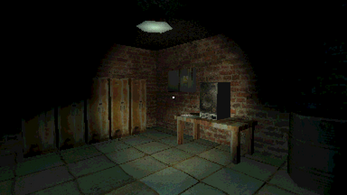 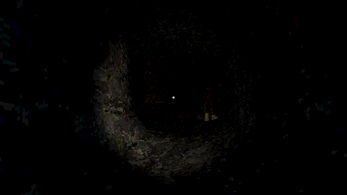 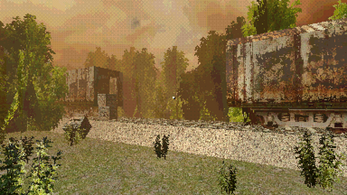 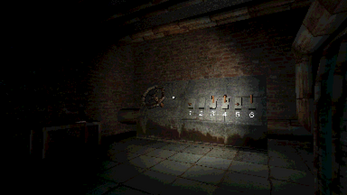 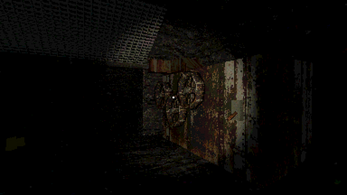